Stages of Development: Addressing Their Importance 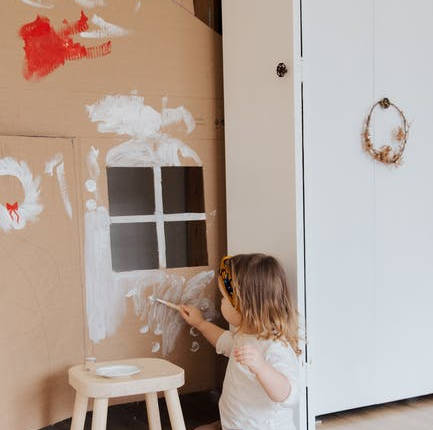 Right from the moment of birth, children continuously undergo a remarkably rapid rate of growth and development. As they grow, children develop various capacities that influence how they absorb and understand information, communicate, take responsibility, exercise judgement, show awareness and empathy for others, and make decisions.

Central to Maria Montessori’s philosophy to children’s education was, and continues to be, the four stages or planes of development. These four stages begin at birth and extend to adulthood. With this in mind, they provide a holistic way of approaching the process of development in children that includes their cognitive, social, biological, and moral growth.

During the early stages of the first plane of development, babies aren’t conscious of their learning. As they grow and turn three years old, they become what’s called the “conscious worker.” They are able to interact with the world around them deliberately.

Children begin to learn self-control and self-master at this stage. They need to make their own choices and absorb information from the outside world quite readily.

The second stage is characterized by intellectual development that isn’t nearly as intense as the first stage. A great deal of physiological, biological, and physical changes take place during this stage.

Instead of absorbing information like they did in the first stage, children now begin to reason. They wish to learn more about the reasons behind things occurring and existing. In other words, it’s no longer just about the “what” but also about the “why.”

Adolescence is heavily characterized by physical and hormonal changes. Teenagers develop their social consciousness during adolescence and become somewhat unstable. They tend to be sensitive to criticism and show an increased concern about their role in society. They also exhibit a desire for independence.

Both physical growth and psychological development aren’t complete by the fourth stage. During early adulthood, people begin to grow increasingly concerned about their contribution to humanity.

If you wish to provide your child with the lasting benefits of positive early learning experiences that the Montessori method can provide, get in touch with us Centerra Ranch Montessori School.

We are an award-winning Montessori preschool & daycare center in Katy, TX, that is renowned for helping its students balance their academic, physical, and social/emotional development. The peaceful and inspiring environment of our preschool’s classrooms helps children learn cooperation, responsibility, and respect.

Understanding the Difference between Montessori and a Typical Public-School Program

Your email address will not be published. Required fields are marked *

Centerra Ranch Montessori School creates confident learners, entrepreneurs, and future philanthropists by providing a peaceful and inspiring environment and treating every individual with the utmost respect.